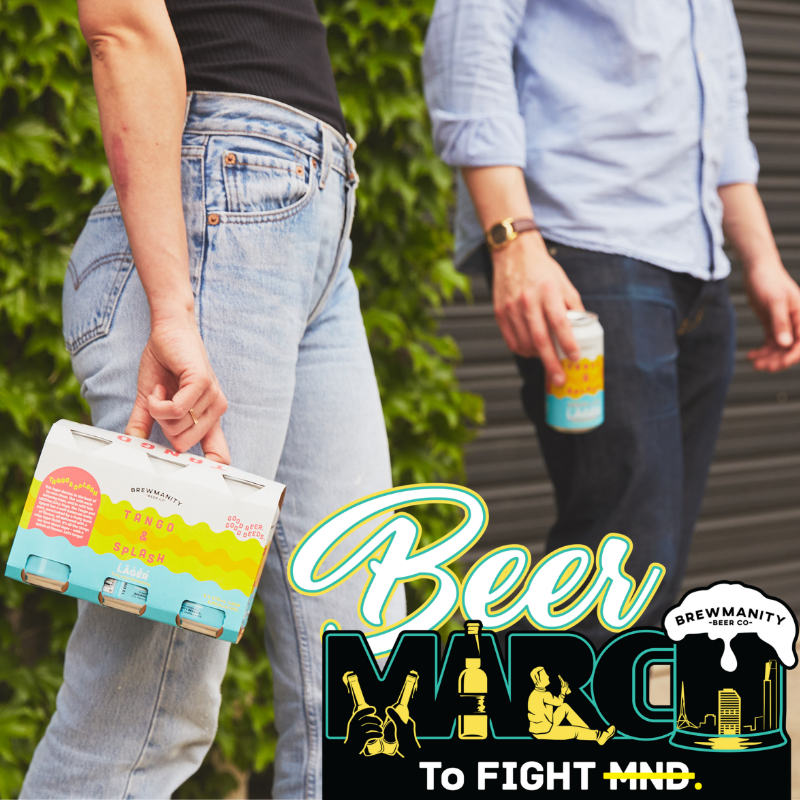 Brewmanity Beer Co is encouraging beer lovers to dedicate the month of March to eradicate the memories of Feb-Fast, and join them on a Beer March to help Fight MND.

Less of a pub crawl, and more a series of day trips, the Beer March is all about encouraging people to explore Melbourne’s pub scene, all while raising a few funds for a much needed cause across the month of March.

Brewmanity was founded after a couple of mates who combined their love of beer with their desire to support a mate suffering from Motor Neurone Disease. Part of every beer they sell goes to help the Fight MND Foundation (so far they have raised over $200,000 for the cause) and around 30 venues will join in on the fun, and fundraising of Beer March 2019.

With 2 people diagnosed, and 2 people dying every day from the disease and a history of low funding to find a cure for the disease it takes people to make a difference. In this case the people within the hospitality community will band together to make an impact.

Beer March to Fight MND is set to kick off with a bang at Melbourne Beerfest at Catani Gardens on Saturday March 2, where brewers, band members, and other special guests will Freeze for MND by way of an ice filled dunking machine!

There will be sausage sizzles at College Lawn, and $1 per pint donations at Beer Deluxe, along with numerous other activations at participating Beer March venues across the state, all with the aim of raising $50,000 to help Fight MND.

The event will also announce the official release of the Tango & Splash – Juicy Lager as a core range beer. For the first time the beer will be available in Keg.